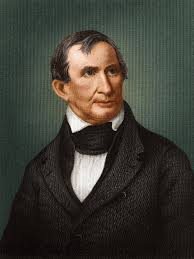 The last president born before the signing of the Declaration of Independence, William Henry Harrison is unique among the Presidents of the United States in that his presidential tenure was little more than an epilogue to his life: he died only about thirty days into his first term. But despite his unfortunate presidency, a study of his life prior to being elected president can still yield worthy insights.

President John Adams appointed Harrison as governor of the Indiana Territory. Harrison was only informed of the appointment after Congress confirmed him. As governor, Harrison was eager to buy lands from the Indians so white settlers could come and Indiana could become a state, speeding along his career. He negotiated thirteen treaties with the Native Americans, gaining more than sixty million acres for the Unites States.

Harrison ran for president the first time as a Whig in 1836. The Whigs hatched a risky plan to defeat Vice President Martin Van Buren by having four candidates run, which they believed would give no one the required majority and force the House to choose a winner as it had done in 1824 with John Quincy Adams. The plan almost worked, but Harrison received just four thousand too few votes to get Pennsylvania’s electoral votes.

The death of William Henry Harrison led to a minor crisis, as the Constitution was a little vague on what to do when the president died. An argument ensued about whether the vice president was to become president or merely the acting president until a new president was chosen. Soon, Harrison’s cabinet consulted with the Chief Justice and decided that Tyler was to take the Oath of Office and become the next President of the United States.

Here are three business lessons we can learn from President Harrison.

Harrison’s superiors in the army noticed his discipline and promoted him. For him, discipline meant doing what needed to be done, regardless of his personal inconvenience. For a businessperson, discipline might mean getting up early or staying late at the office when there are enticing things waiting elsewhere. It might mean living frugally for a few years while the business gets off the ground. There are many ways to follow Harrison’s example in this regard.

2. Don’t Push Yourself Too Hard

Many historians believe that when Harrison gave his two-hour inaugural speech without a coat or jacket, he was dooming himself. He developed pneumonia soon after and died. If the lack of proper preparation for inclement weather led to his death, it is a prime example of pushing too hard. Harrison was already an old man when he was president, and he should have known that for someone his age to be so foolhardy would be dangerous. Likewise, you should know your limits in business. Taking risks is sometimes necessary, but don’t bite off more than you can chew, as the saying goes.

3. Be the Kind of Person Others Want to Emulate