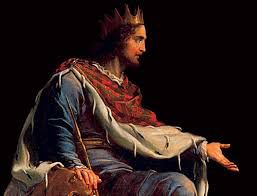 Solomon is probably one of the better known individuals from the Holy Bible, but he is not known for his vast amounts of gold and wealth, which he had a lot of, but for his supernatural wisdom. If you are a little rusty on Solomon’s history read 1 Kings. Solomon was basically given a wish from God and in his youth he asked for wisdom. Solomon was probably not aware how this desire would affect his future, but it influenced the rest of his life. Wisdom should be sought out by all professionals because nobody wants fools running their business. Wisdom is also a mindset and attitude that should be consistently worked on because if it is left unworked, you will easily slip into complacency. If wisdom is achieved it will help you make smarter decisions, increase your ability and capacity to solve problems, draw people of influence to your door, and allow you to communicate effectively.

2. The disparity of integrity.

We live in a world where the common man believes that he must do dishonest things in order to get ahead. This is a debilitating behavior that is unsustainable since the world of business is held together by integrity. Integrity is often confused with honesty, but integrity is more of the application of honesty in the day to day. Each day we are faced with morally conflicting decisions, but as we consistently choose to be moral and not budge with our conviction to integrity, we will become someone others will trust. Without trust, business will not take place.

Each of us have naturally programmed human behaviors within us. Some are easily provoked and show our darkest sides, but we have to do our best to contain these emotions. As we learn to master our passions we grow in our capacity to stay cool under immense amounts of pressure. Nobody wants to follow someone who shrinks at the mere sight of trouble, but someone who will meet the challenge head on with the calm of a summer’s day and the confidence of a hero.

At our inner most core lies our deepest desires. These desires can be for good or ill, but it is very important that these desires remain pure and strong. It takes a lot of time for self-reflection to recognize what you want deep down, but once they are identified hold strong to them and do all you can to work and improve upon them so that they become strengths. These strengths can be a source of support when times get tough.