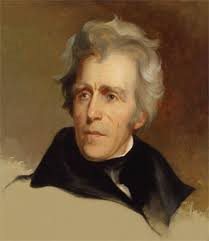 Andrew Jackson was a controversial president, but we can learn some great lessons from him.

Jackson’s observational skills got him out of a tough spot more than once. His keen senses helped save his party from Indians. He also spotted and utilized cotton bales at the Battle of New Orleans that proved useful in holding off the superior British numbers. In business, a sharp eye for details can mean the difference between success and failure. What sort of things can you keep an eye out for as you manage your business? Perhaps you see business or investment opportunities that others do not, or you see chances for expansion or hiring that others might take for granted.

Jackson, unlike the presidents before him, started life with few advantages. His family was never rich, and he was orphaned and alone in his early teens. Despite having nothing, he worked hard with courage and determination toward meeting his career goals.

You might have business opportunities fall into your lap, but it’s also likely that you will have to take the initiative and work toward making your own fortune. And even if you do find yourself receiving lucrative opportunities without working for them, taking the initiative never hurt anyone.

In business, you will often need to start small. Many of today’s most successful companies began in someone’s garage, and with the current range of technology available, growing a company from nothing is easier than it ever was.

Learn from the example of Andrew Jackson, who started as a country lawyer, then made enough of a reputation for himself to increase in prominence to the point where he was elected president.

4. Get to Know Everyone

Jackson was a champion of the common man. Previous presidents believed “all men are created equal” but still tended to hold land-owning, wealthy citizens in higher regard than others. Jackson, because of his common roots, defended the ordinary Americans, and many of them showed their appreciation by turning up in droves to his inauguration.

You can manage your own form of “Jacksonian democracy” by establishing good relationships with many people in your company, as far as it is possible, not just those who work at the same level as you. Unity within a company on all levels of management can have great results on productivity.

When his political opponents used a pejorative word for “donkey” to describe Jackson, he turned the joke on them and used the donkey for his symbol. Today, Jackson’s political party still uses the donkey as its national emblem.

In business, you will probably face ridicule and criticism at some point. There’s some satisfaction to be found in denying your critics the satisfaction of seeing you get angry.

Jackson saved enough money to get the education he badly needed. This may be obvious, but saving money is crucial to business, especially when starting out. Using your own money cuts down on debt and motivates you to be more financially responsible.

You may not approve of every action taken by Andrew Jackson, but he could be relied on to say things how he meant it. There was no hesitation or hiding behind neutral words when he spoke; he said what he thought. The value of honesty in business cannot be understated. Not only is it important to follow your own code of ethics, but honesty in business will also keep you out of more serious trouble.